Hi! My name is Anneroos, and I am a creative mathematician. Besides my current work as a Data Scientist, I like juggling, dancing and making web games. If you would like to see my CV, you can find it here. Feel free to send me an email at anneroos@gmail.com or contact me through LinkedIn.

Below you can see some of my projects, games and interests.

Since December 2012 I have been regularly participating in Ludum Dare - a game making competition in which you make a small (web) game from scratch in one weekend, alone or in a team. At the start of the event a theme is announced, after which you have 72 hours to come up with a brand new game. Besides programming, this also includes making the art, designing the elvels, composing music and making sound effects.

Unfortunately, these games are not intended for mobile phones. Best played in Chrome or Firefox. Also, the older games can be a bit buggy. 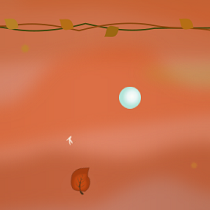 In this challenging and soothing game, you can play around with a leaf. Where will it take you? 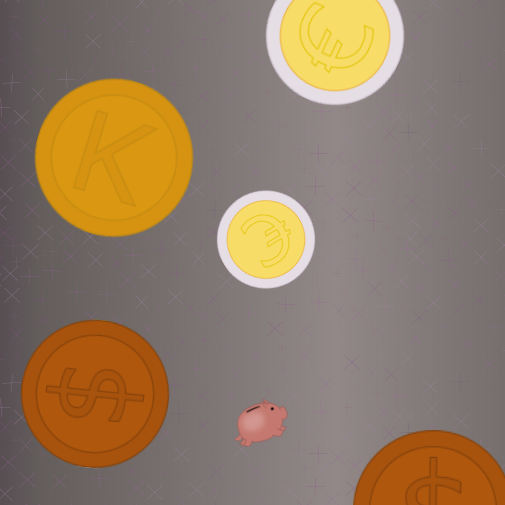 As a piggy bank, your life is all about money. You need money to get higher up, but you also need money to extend your life. So choose wisely as you climb. 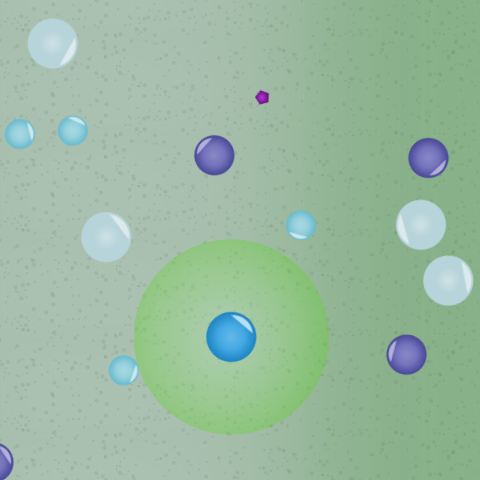 This game is about your personal space, your aura. Sometimes, you don't like other people to get too close, and you just want to scream: give me some space! 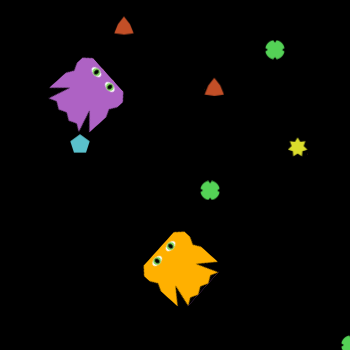 The black hole at the bottom of the ocean is hungry! And she has very specific wishes too. Bring her the correct types and amounts of sacrificial plankton before your opponent does and before she changes her appetite. 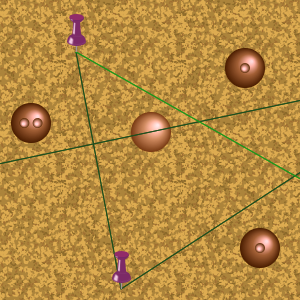 The goal in this puzzle game is to connect the balls with a limited number of lines. Can you finish all the levels? 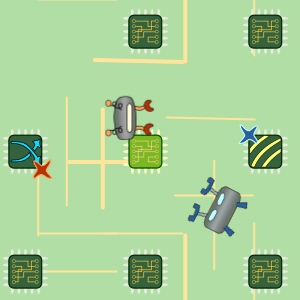 In this local two-player game, two robots race to find the most pairs of chips. Along the way they will find upgrades, portals and attacks. 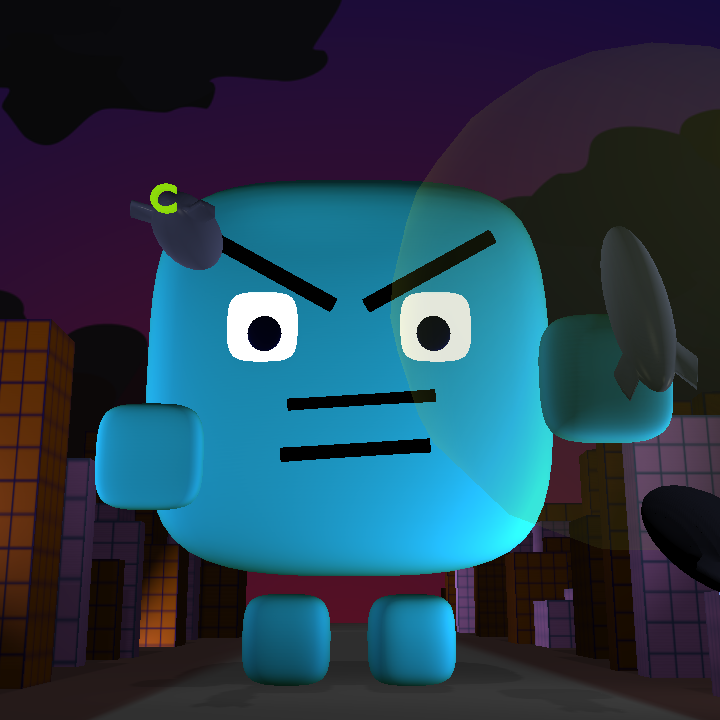 It's well past bedtime when a low rumble rolls through the streets of Friedrichshafen. Hindenboxer, a monster from ancient times, has awoken! Exploding zeppelin pilots scramble to combat the menace, but do they have what it takes?
Music by Otto Roth. I didn't know
we still had that

Do you also have some stuff lying around in boxes that you haven't looked at for years? In this game you have to combine speed with memory. Can you find all the items in time?
Music by Otto Roth. 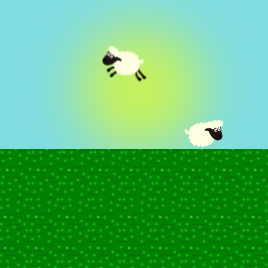 Prepare your sheep! Distribute a given number of actions over your sheep to get them to the flower. 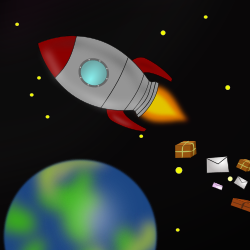 Congratulations with your new job at Intergalactic Express! It's your job to deliver packages to neighboring planets. Make sure you visit every planet at least once. As fuel is expensive, you only get just enough fuel for each mission. Good luck! 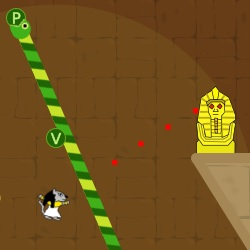 A hardcore 1.5-player platformer in which you climb to the top of a pyramid to reach the tomb of your ancestors. Along the way there are three relics to collect. Far, far away, in the remote hills of a wealthy Kingdom, the Royal Treasury lies hidden between the trees. Skreen the Dragon has been chained to the entrance to guard the King's gold. Adventurers from all eight corners of the Kingdom come to search for it. Can you guard the treasury? 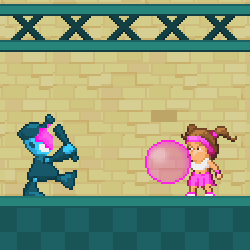 Bubble Becky is a short innovative platformer. Move yourself through four unique levels with your magnificent bubblegum skills, and beat the final boss. Overthrow the robot government for justice! 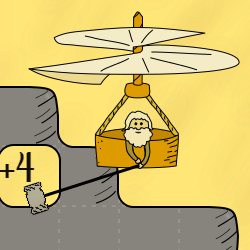 Two caterpillars play each other in a riveting soccer match. It's a two-players-on-one-keyboard game, but you're welcome to hurt your brain by trying to play both sides.
With pixel artist Daniel. 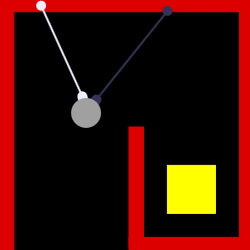 The idea of this little game is simple: do you know if the given numbers are prime or not? Stack the prime numbers on the left, and the composite numbers on the right. Good luck! 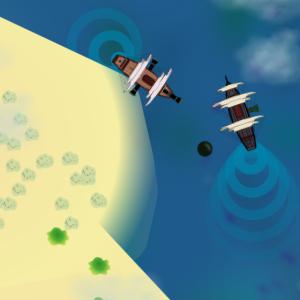 Aarrrhhhh! Battle her majesty's finest and plunder gold to your black heart's content! 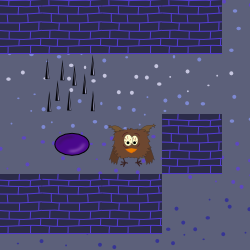 You are Ninox, the bringer of Darkness! In this puzzle game, your job is to black out the world, one level at a time. You have to use the switches for this, but beware of the spikes - the darkness can be treacherous! Use your shapeshifting power to complete missions and puzzles. Can you find your wings? 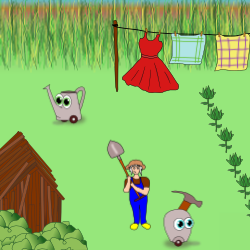 The theft of the magic potato

In this single-serving slow-paced tactical game of thievery, you program 3 robots in order to steal a magic potato. The robots only have power for 10 seconds, so plan accordingly. In this very primitive drawing game, you can only draw using white and black circles. Let this restriction feed your creativity, and build your own snowman!

One of my first projects learning JavaScript, HTML5 and CSS. 2013 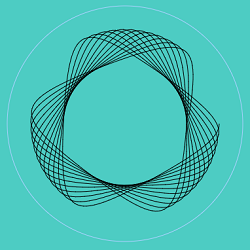 Play with the variables and draw pretty patterns!

One of my earliest small projects with JavaScript. 2013 A quick little game full of easter eggs.
How many easter eggs can you throw in the basket?

A small easter game made together with Wouter, 2017 For the annual dance performance of Addance, my dance teacher asked me if I wanted to make a juggling act. After many years of juggling, this is my first proper juggling act.
Photos by Huib van Dijk Together with Wouter van Doorn, I wrote a (Dutch) article about siteswaps in the Periodiek, the magazine of the study association Fysisch-Mathematische Faculteitsvereniging (FMF). For my juggling friends who like siteswaps. I made some domino-like cards in Inkscape. Print them out and try to make up the rules yourselves. :) During my PhD, I have studied the disturbance decoupling problem for linear multi-modal systems. We also studied the fault detection and isolation problem for bimodal systems and for systems defined over graphs. Finally, we studied a nonlinear consensus protocol with arbitrary sign-preserving nonlinearities. 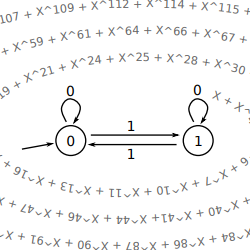